31 quotes about social media to get people talking

There are thousands of awesome quotes about social media, from the giants you’d expect such as Zuckerberg and Dorsey, to business evangelists and start-up entrepreneurs.

Whether you’re looking for some social inspiration yourself, or want to pad out a presentation with some hard-hitting, thought-inducing quotations, here are 50 quotes about social media that will get everybody talking:

“Get in where you fit in and then focus on that platform.”
John Lawson

“Social media is not a media. The key is to listen, engage, and build relationships.”
David Alston

“Conversations are happening whether you are there or not.”
Kim Garst

“It’s a dialogue, not a monologue, and some people don’t understand that. Social media is more like a telephone than a television.”
Amy Jo Martin

“I wish I knew how to quit you, Tumblr.”
John Green

“Social Media is about the people! Not about your business. Provide for the people and the people will provide for you.”
Matt Goulart

“Don’t use social media to impress people; use it to impact people.”
Dave Willis

“Social Media puts the “public” into PR and the “market” into marketing. ”
Chris Brogan

“How different would people act if they couldn’t show off on social media? Would they still do it?”
Donna Lynn Hope

“Build it, and they will come” only works in the movies. Social Media is a “build it, nurture it, engage them, and they may come and stay.”
Seth Godin

“When you’ve got 5 minutes to fill, Twitter is a great way to fill 35 minutes.”
Matt Cutts

“Social media is not just a spoke on the wheel of marketing. It’s becoming the way entire bicycles are built.”
Ryan Lilly

“Don’t say anything online that you wouldn’t want plastered on a billboard with your face on it.”
Erin Bury

“My belief and goal is that every professional in the world should be on a service like LinkedIn.”
Reid Hoffman

“What happens in Vegas stays in Vegas; what happens on Twitter stay on Google forever!”
Jure Klepic

“Fake news is a big thing in the field of Social Media Journalism. Fake news can be as simple has spreading misinformation.or as dangerous as smearing hateful propaganda.”
Fabrizio Moreira

“A brand is no longer what we tell the consumer it is – it is what consumers tell each other it is.”
Scott Cook

“The idea of Twitter started with me working in dispatch since I was 15 years old, where taxi cabs or firetrucks would broadcast where they were and what they were doing.”
Jack Dorsey

“The best way to engage honestly with the marketplace via Twitter is to never use the words ‘engage,’ ‘honestly,’ or ‘marketplace.’”
Jeffrey Zeldman

“Everyone is comparing lives on social media and wants the perfect body, perfect image, perfect outfit, perfect life – we’re striving for this perfection, and it’s so unhealthy because there’s no such thing as perfection.”
Emily Atack

“Facebook is a discovery model platform. Its primary goal is to make the audience happy. So you’ll only get ROI if you create quality content for your audience.”
Kelly Hendrickson

“The dark side of social media is that, within seconds, anything can be blown out of proportion and taken out of context. And it’s very difficult not to get swept up in it all.”
Nicola Formichetti

“These days, social media waits for no one. If you’re LATE for the party, you’ll probably be covered by all the noise and you might not be able to get your voice across. It could only mean that if you want to be heard by the crowd, you have to be fast; and on social media, that means you have to be REALLY fast.”
Aaron Lee

“When it comes to social media marketing, you don’t have to post 3 times a day. It’s never about how often you post but the quality of your content.”
Janet Benson Amarhavwie

Searching for the best social media software for your marketing team? Discover and compare the leading providers, including their functionality and pricing, all in one place right here. 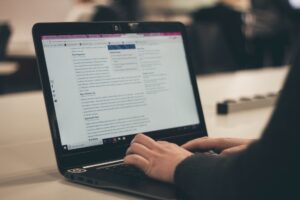 Search engine optimisation, or SEO for short, is single handily the most important aspect of digital marketing as it’s one of the most effective ways 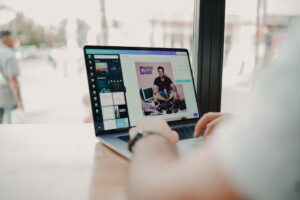 Want to boss it on social? Then you’re going to need to come up with some great social media content ideas.  Everyone knows that in